10 things every human must learn from a Sikh

Ever seen a Sikh slaughtering or disparaging people? Ever seen him behave inhumanely? Sikhs have been regarded as one of the most humane religions in the world. There are some things every human must learn from a Sikh. His benevolence, selflessness, braveness, and most importantly his cheerful and never giving up attitude. Sikhism has been known to be founded in the 15th century. It is known to be the fifth largest religion in the world. In Punjabi language, Sikh also means to learn and a Sikh never fails to learn. Albeit central teaching is Sikhism, but it is based on the concept of oneness is God. Here are some things every man must learn from a Sikh.

Be kind and generous to everyone. Treat them equally. No one is big or small depending on their monetary status. In the eyes of a Sikh, there is no differentiation on the basis of caste, creed or colour. Treat every individual equally with love. Giving respect doesn’t cost a penny.

Defend what is right

Sikhs have a deep history of fighting against the evil and to protect the ones who are weak and right. One must learn to always defend the truth no matter how hard it is to do so. One must always stand with the right. Sikhs have proved in the past that they always stand against what is wrong by even giving their life in order to save the innocents.

Live a simple life. You gain nothing from displaying wealth. Have sufficient to live with dignity. Simple life gives a happier life. Always keep in mind that there is no one bigger than god. Simplicity gives happiness. Dasvandh means donating one-tenth of your income to those in need. Everybody should share their wealth with the underprivileged ones. If you have more than you need then what is the harm in sharing it with the people who don’t have enough? 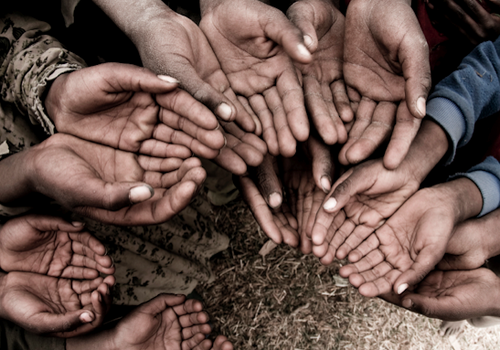 Recently all the world has witnessed Sikhs coming to aid people in need all around the world. Be it when demonetization occurred or floods occurred in northern India and even in Syberia. All around the world the Sikhs never fail to help people and aren’t afraid of anybody. They just follow what their Guru taught them. Help others, god will help you. Everyone must learn a lesson from this and come forward to help whenever possible. After all, we all are humans above any race or citizen of any country. We are all the child of almighty.

Sikhism was the first religion in the world which gave equal rights to both men and women. Where all the world considered women as weak and good for household chores only, Khalsa was teaching women the skills of fighting and using swords. Only in this religion does women get equal rights as men and are allowed to do all that men do. We must learn this from Sikhs how to respect women and not to consider them useless or good for nothing.

We must not be egoistic. Ego only ruins a relationship. All Sikhs believe that there is no harm in stepping back if it saves the relationships and humanity. Having ego does no good to anybody. Try and give up your ego. After that, the person you become is your true self.

One should try and avoid these five sins for a better and happy life. Pride, Lust, Greed, Anger and Attachment. These are the five things which we must try and avoid for a healthy life. Not only the Sikhs but each one of us must try and avert these 5 sins. It only gives birth to selfishness and leads to self-destruction.

Sikhs are not only respectful towards their own religion but also have never been seen disparaging other religions. They have been known to respect all of them and above all respect humans and animals in general. We all must learn this from them and implement in our lives. Often the jokes are made on Sikhs but have anyone ever seen them making jokes on any religion or people? This is the difference. This makes them stand above us in all respect. Give respect to get respect.

Sikhs all around the world have made Khalsa Aid groups who are not only helping calamity struck people but also has taken the initiative to educate one child per person. Just imagine if we learn from them and join hands with them! There will be no child on the face of earth uneducated and deprived of all the basics in their life.

Sikhs not only believe in following their own religion but above all, they respect humans and live with their head held high wearing the crown they deserve called the TURBANS.